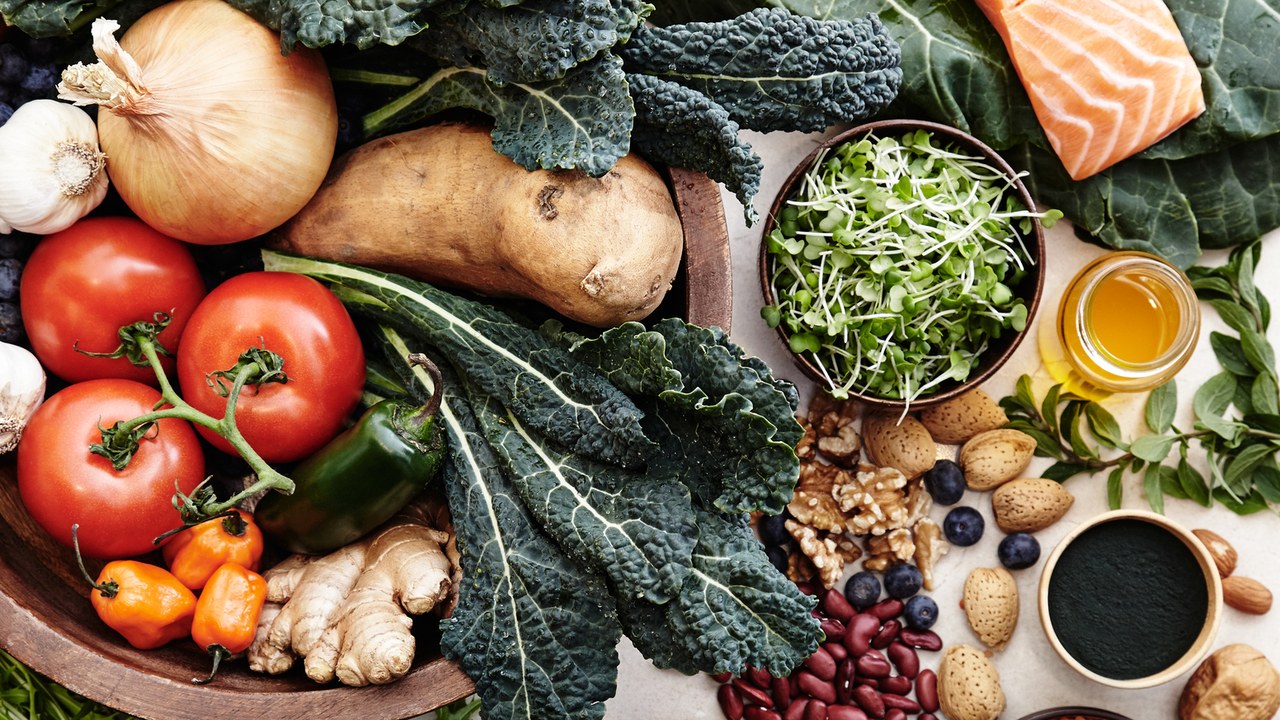 Glutathione is a powerful antioxidant, which is made by the liver. This is also found in certain foods that we can eat. This is a sulfur-based compound that can prevent damage to the cells. It also has anti-aging properties and detoxifies chemicals from the body. As we get older, the body runs out of glutathione due to Aging, stress, junk foods, medical drugs, and pollution. The good news is that there are many foods that you can eat to boost glutathione in the body.

Bone broth contains the three ingredients that the liver needs to make glutathione, including L- Glutamine, Cysteine, and Glycerin.  This is one of the healthiest things that you can drink to boost the overall health of your body.

Sulfur is an important mineral that occurs naturally in many vegetables. Sulfur is needed for the body to create glutathione. We recommend eating lots of broccoli and other sulfur-rich foods to boost glutathione.

One of the most healing foods in the world, garlic is rich in sulfur and other healing compounds. This is used around the world for its anti-aging effects and will boost the production of glutathione in the liver.

Avocados are yet another superfood rich in healthy natural fats. These contain lots of glutathione in its natural form. We recommend eating avocados every day for their high potassium content.

This vegetable is often used to improve the health of the urinary system and the kidneys. It is also an excellent source of glutathione.

Pasture-raised eggs are one of the healthiest sources of protein. Eating 20-30g of healthy protein per meal can boost the liver’s production of glutathione. These also contain all the building blocks of life for growth and repair of the cells in the body.

Eating foods rich in omega 3 fatty acids will help to cleanse and purify the body. The protein found in salmon works with its healthy fats to make glutathione in the body.

Another food that is rich in sulfur which helps the body to produce more glutathione. These are full of vitamins and minerals which boost the immune system.

Kale is one of the most nutrient-dense superfoods on the plants and is also rich in sulfur, helping the liver the produce glutathione.

The body also needs selenium in order to produce glutathione. You can find lots of selenium in walnuts which also helps in regulating hormones in the body.

We highly recommend eating cabbage often as it helps the body to break down foods in the stomach. It can prevent stomach ulcers and acid reflux and also has enough sulfur to boost the production of glutathione.

You can purchase turmeric extract in capsule form. This is a concentrated form of this Indian spice and is shown to improve glutathione levels in the body.

Theses small shoots are well known for helping to detoxify the cells within the body. They contain the ingredients that are needed by the liver to create glutathione.

Okra helps the body to produce insulin and control blood sugar levels, yet also contains the ingredients to make glutathione in the body.

This leafy green vegetable is one of the best sources of both iron and glutathione and should be eaten raw or lightly steamed.

As you can see there are many foods which you can eat to boost your glutathione levels. This antioxidant is one of the most powerful antioxidants which destroy harmful free radicals in the body and protects the cells with age. If you live in a city that has high pollution is it recommended to consume more glutathione to keep yourself healthy. Glutathione will also help to heal the body from radiation damage, especially if you work with x-ray machines or other equipment.

Households mold can also cause damage to the cells of the lungs and tissues. Glutathione helps in reserving damage to the body from the mould.