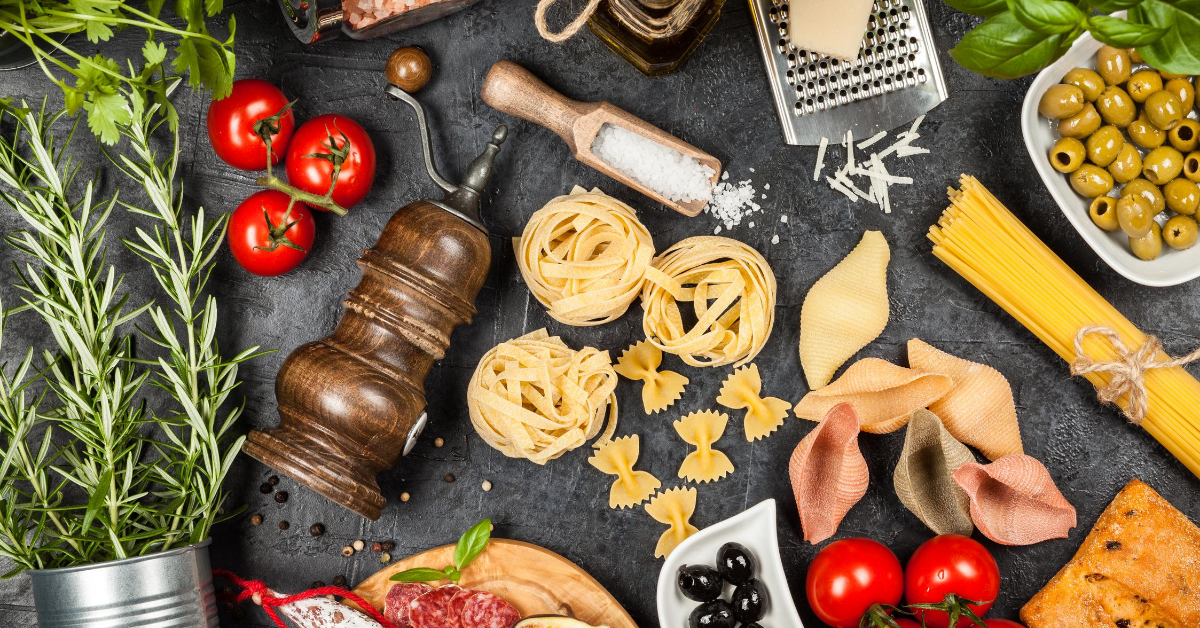 The history and tradition of Italy date back thousands of years. Some of the artifacts found in the archeological findings are more than 800,000 years old. So the tradition from that era ad up till now is deep rotted in the people. So they prepare their cuisine keeping the long history of Italy in mind.

How To Know About Traditional Italian Food?

There are certain ways by which people can know about the authenticity of traditional Italian food in USA. It is important to know about it because people tend to confuse between the real and fake ones. The most basic way of knowing about the validity of the food is the methods used to create delicious dishes. They are simplest of all.

The Ingredients That Are Used

It is quite obvious that the ingredients used to make the dishes have to be of Italian origin.  Although many of the items can be grown elsewhere the quality of the Italian soil is unmatched. Another point to note is that traditional Italian food will have minimal ingredients but with lots of flavors.

Divided According To Region

Traditional Italian cuisine can be divided into three parts according to the regions. The northern parts of Italy have very different cooking styles from the rest of the regions. The people there use butter instead of olive oil. Also, they use fewer tomatoes than the rest, and meat in the form of beef, lamb, pork, and veal is preferred.

Another way to know about traditional Italian food in USA is by the manner the food is served. The meal structure tells that the Italians very much regard their tradition. During a family dinner or party; a full 7 to a 9-course meal is served with everything authentic and Italian.

The Name Will Tell You

Although Italians regard their traditions and customers as a vital part of their lives and are most patriotic; but when it comes to healthy food and cuisine the name doesn’t have the word Italy or Italian in it. It is very surprising that an Italian dish doesn’t have the name in it. But it is true that a dish having the word Italian is not considered authentic and traditional in Italy.

The Italians are known for their strict pursue of the thousands of years old tradition; and when anyone tries to break it they become furious. So if you are having Italian friends at a party or you are visiting Italy on holidays then you have to keep in mind not to make the following blunder.

Ordering Cappuccino Other Than In Morning

All around Italy cappuccino is a coffee that is taken only in the morning at breakfast. But in other countries, people drink it at other times. When you are in Italy or an Italian buddy is visiting then remember to order it at breakfast.

A big blunder that people make is order Pasta as a Contorno or side dish. In other countries, pasta is eaten between meals as well. Be really careful when buying Italian food in the USA. As pasta is the main course and there are other varieties that can be eaten as sides.

It is always been confusing for the common people to differentiate between sauce and ketchup. Most people think that they are the same. But both have distinct textures and consistencies. The sauce whether white or red is thick and can have other prominent ingredients. So sauce has to be in the pasta, not ketchup.

There are many mistakes that are made with seafood and the most irritating one is sprinkling cheese over it. To avoid this mistake; you can order authentic meals from online stores like Sogno Toscano. Also, check for the recipe and pictures of the dish you order.

Intake Of Sweet Drinks With Meals

You will never ever see Italian people ruin their traditional cuisine with sweet drinks like milkshakes or coffee. They want to keep it simple and have a beer, wine, water, or anything that is really simple.

When you trace the Italian cuisine history you will see that meat in all forms except chicken is added to the pasta. Adding chicken is the part of food that has is famous in other parts of the world.

Having Alfredo With Other Pasta Varieties

It has been observed that in most countries Alfredo is cooked with penne or any other kinds of pasta; whereas Fettuccine is the pasta that Italians prefer. Never order the wrong pasta type with Alfredo.

Although it was an Italian who created this dressing it doesn’t have its roots in Italy. It is a most recent creation and most of the Italians in Italy don’t know that it even exists.

This is a variation that exists only in other countries. Spaghetti and meatballs are famous in Italy but they are served separately. You will never see them together on a plate in any region of Italy.

Pepperoni In Your Italian Pizza

You will not find any trace of pepperoni on your pizza when you order it from stores that have traditional Italian food in USA. This is something that Americans like the most. It is not what Italians will want.

A Complete Guide to Cleaning and Maintaining Carpets

How Dual Occupancy Home Designs Help You to Live Independently

Heavy-duty Kitchen Equipment for the Transformation of Commercial Kitchens

How Keto Diet Can Improve Your Health?

How A SEO Specialist Can Improve Your Business?

Don’t Miss These Tips From Fitness Experts for Home Workout