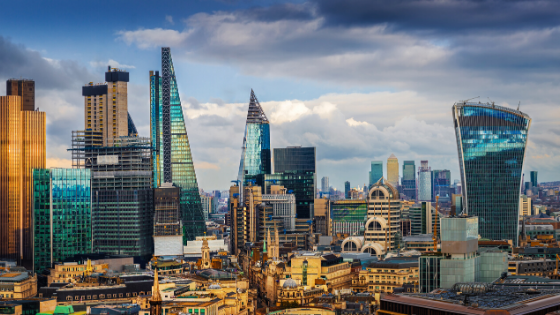 Top 10 Must – Visit Places in London

London is a city of grandeur and antiquity. It is one of the most visited cities in the world by tourists, where millions of people across the globe throng this city every year. This massive city, sprawling over an area of 1,560 square kilometers, has enough to offer to keep the tourists immersed and engaged for a very long period of time.

This leading cosmopolitan city appeases tourists of all kinds and all age groups. Be it a solo traveler, a couple traveling for their honeymoon, or a family vacation, it has enough to offer to any and every tourist that comes to the city. Not only for tourism, but it is also a leading global destination for education, tourism, fashion, and culture. The city’s buildings strike a chord with every passerby, where you have no other option but to look at the city awestruck.

There are enough innovations, concentration of culture and heritage, and striking skyscrapers that embed the marvelous city of London, that one would never get enough of this bustling city!

But not all of you can spend forever in the city of London. That is why there are the top 10 attractions that you must visit when you take a tour because a vacation to London is never complete without visiting these places.

When it comes to London tours, hop-on-hop-off is what comes to people’s minds immediately. This is because this is a very efficient and inexpensive way to cover several attractions within the city limit of London. You can buy a 24-hour ticket, and hop-on and hop-off at any given stop for as long as you want, and you get to completely decide which places you’d want to visit and which places you’d want to skip. The transportation hassle to all of these places are removed as the bus will take you through the prominent places that you must visit.

The world’s tallest cantilevered observation wheel, the London Eye is one of the most visited attractions in the city of London. It is 135 meters high and attracts almost 10,000 visitors every single day. There are 32 capsules suspended in such a way that you get a full 360-degree panoramic view when you are at the top of the wheel.

You can also consider taking the London Eye river cruise, which is located right beside the London Eye. The circular routing of this cruise makes it attractive to the tourists.

The Tower of London is a very famous attraction in the city and is notoriously known for housing several prisoners, including prisoners from the royal family. It is also known for the spot where three English queens were executed!

The Tower of London was the home to the royal families long back, and also houses the famous Crown Jewels, and is truly a sight to behold.

Its 900-year history is definitely going to appease the tourists who are seeking tours of culture and heritage across the city.

No trip to London is complete without visiting the world-famous Buckingham Palace. The Buckingham Palace is where Queen Elizabeth resides and has long been the housing for the Britain Royal Sovereignty.

One of the major attractions here is the Changing of Guard ceremony, which is the most sought-after action for the tourists. Although be mindful, it happens in very specific slots, so ensure you plan your trip accordingly.

Whenever people say Paris, you remember the Eiffel Tower. Likewise, every city has its own iconic building. The iconic building that comes to anyone’s mind when you say London is Big Ben. Big Ben is one of the top attractions in the city of London and is over 150 years old.

Big Ben is actually a clock tower, which was named after the person who first ordered the bell, Sir Benjamin Hall. Big Ben has 13 bell tons housed within the tower.

This clock tower is a very famous attraction and is also often shown in several movies.

Trafalgar Square is a widely visited and well-known tourist attraction in the city of London. It is a large city square and an iconic location. It was built to commemorate Lord Horatio Nelson’s victory against Napoleon at the Battle of Trafalgar in 1805.

This famous city square has the marvelous Nelson’s column, surrounded by the four huge lion statues. There are a lot of pigeons flocking into the center square, and back then people were allowed to feed them. But now that it is causing disease spread to the pigeons, pigeon feeding is currently banned.

It engages and entertains tourists of all age groups. For family vacations with kids, you need to keep your kids entertained, and that is why a tour to Warner Bros. Studio should be a must in your itinerary.

For Harry potter aficionados, this is a paradise and dream come true. You actually get to experience the behind-the-scenes tour, along with understanding how the movie was shot, seeing the costumes, set, props that were used for the movie shooting, and many more. Also get access to several prominent locations within the studio like the Hagrid’s hut, Dumbledore’s office, and the Great Hall.

Pretty sure this is an experience everyone would enjoy, irrespective of their age!

British Museum is one of the most visited museums in London, and one special thing about this Museum is that the entry has always been free ever since it opened in 1753. British Museum sprawls across a massive space and has around 7 million objects in it, which would take you over a week to visit this museum completely!

The artifacts of this museum aren’t only from Old England, but also from foreign shores. The artifacts from the foreign shores were brought in by the English soldiers who were placed in foreign lands. One of the prominent objects that are housed in the British Museum is the Rosetta Stone, the key to the deciphering of hieroglyphs. It also houses the largest collection of mummies anywhere outside Egypt.

Tower Bridge is a very prominent landmark in the city of London. Tower Bridge is basically a suspension bridge over river Thames, consisting of two massive towers that are tied together at the top by means of horizontal walkways.

This iconic symbol took 8 years to build and was started in 1886. No trip to London is complete without visiting this famous landmark.

One of the must-visit places in London if you are traveling with your kids, London Zoo is an amazing real working zoo that houses over 750 species of animals. You get to watch Giraffe, Lion, Lemurs, Gorillas, Penguins, and a lot more attractions and experiences. There are so many things to do and see, that the zoo is a true wonder of its senses and is an amazing place for the kids and adults to enjoy and enrich themselves. The iconic Penguin Beach is a must-visit spot inside the London Zoo.

London is a bustling city with various experiences and attractions and will keep you immersed in its grandeur for a very long time! But not all of them have the luxury to spend so much time, so when you make a trip to London, ensure you get the best out of it. That is why it is very important to plan meticulously so that you don’t miss out on anything important. This is where travel companies like Pickyourtrail, Yatra will help you design your dream London tour with their London tour packages. What are you waiting for? Pack your bags and visit the dream city of London!