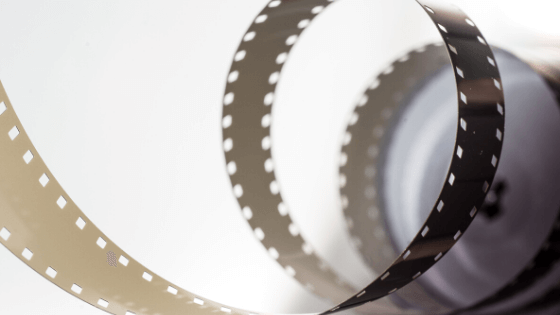 10 Movies on Amazon Prime You Should Not Miss

Some movies are simply infallible. Those films that will always fulfill their mission, whether it’s making us laugh out loud, drop the tear, get nostalgic, give us a good dose of action in our veins, or make us discover new worlds through science fiction or fantasy. There are many ways to go to the cinema, and in Amazon Prime Video we have found examples to go all of them. A selection of films that will never fail you when you are looking for something that excites you, that makes you vibrate and, above all, that does not make you regret having hit the play. It is impossible to assure that these films will achieve that in each of their viewers, but what we are sure of is that all of them deserve the opportunity. Choose yours!

The Coen brothers are part of a western renewal movement that has given us jewels like this one starring Jeff Bridges and a newcomer Hailee Steinfeld. The actress plays a 14-year-old girl seeking revenge for her father’s murder and is unwilling to give up no matter how dangerous her goal is.

There is no better couple than that between Nick Frost and Simon Pegg, from the great ‘Zombies Party’ to the even cooler ‘Fatal Weapon’. Here, again with Edgar Wright at the helm, they play two very different police officers investigating a strange case in a quiet town.

Of course, in the ‘rom-com’ of Julia Roberts or Meg Ryan, no one ever screwed up wearing a wedding dress. This hilarious Paul Feig film explores female friendship, jealousy, and insecurities through some of the genre’s most classic platitudes.

Some movies have marked generations, and this one by Steven Spielberg is one of them. The filmmaker is used to creating mythical stories on the big screen, and this one about an alien who lands on Earth and just wants to go home broke our hearts. With a box office Collection of around $792,965,326, it actually gives a nostalgia of eighties.

Nothing more effective than a musical to brighten the sorrows, and even more so if it is composed of ABBA songs. This stellar cast film ( Meryl Streep, Pierce Brosnan, Amanda Seyfried, Colin Firth, Christine Baranski, Stellan Skarsgard, etc.) brought the theatrical musical to the big screen to present us with one of the hottest films of our time.

A film is full of meaning and sensitivity, in which Todd Haynes immerses us in a romance full of obstacles, but we want it to succeed no matter what happens. That’s thanks to Cate Blanchett and Rooney Mara, two women in love in an uncompromising 1950s.

Based on a book by Roald Dahl, the architect of the stories of our childhood, this film created with the ‘stop motion’ technique will make you fall in love. And not only because it features Wes Anderson moving the camera (and the puppets) in the story, but also because of his fun and exciting tale starring a family of foxes.

Indeed, creating a movie like ‘The Room’ borders on the science fiction genre. What is considered the worst film in the history of cinema, courtesy of Tommy Wiseau, had a surreal shoot that is told in this film directed and starring James Franco. It has no waste. Its worldwide box office collection is $29,820,616.

This Terry Gilliam movie is going to blow your mind. Set in a machine-dominated future, it exhibits mind-boggling visual imagery filled with life-saving computing errors, guerrillas struggling to return control to humans, and unexpected romances. Quite an adventure to face on Amazon Prime Video.

This wonderful David Mackenzie movie should not be forgotten. Not surprisingly, it is one of the best western reinventions of recent years. In it, two brothers plan a series of robberies to save the family farm from eviction while a veteran police officer is on their heels.