BREAKING NEWS
Home Technology Why Mac Is The Best From Windows 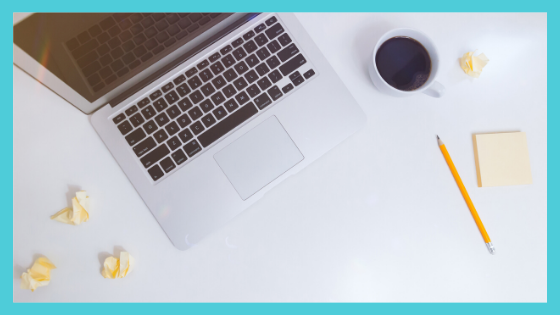 Why Mac Is The Best From Windows

There are many people around the world that are big fans of Apple products. The reason is that these mac products have numerous essential features such as elegant mac keyboards. With a pristine beauty from iMac pro and svelte pleasures of the MacBook Air, that means there is more to enjoy with Mac.

The mac devices give much loyalty and affection to the users despite being expensive. In contrast, it is clean, stable, refined, easy to use interface, and super fast compared to the rivalry Windows. Those are reasons that make the whole mac OS to feel like a thoroughbred system and a polished evolution.

Apple products are much loved by many people. Here are the reasons why most people are preferring Mac more than Windows.

Mac is known to be more secure compared to its rivalry Windows. As security is an essential reason to look when buying a computer, that is the same reason most people will prefer Mac. There is no operating system that is impenetrable, but an added advantage with Mac OS is that it has fewer viruses than the Windows OS.

You can opt to use a good antivirus. But Mac allows you only to be exposed to fewer threats, unlike Microsoft operating system. There is a secret behind Mac safety that is in its UNIX base. That helps by asking authorization of any user by entering their administrator’s password when there is an installation to be done at the system.

So, in case you have downloaded a malicious file program, and you provide your administrator’s password, you can infect the computer. The only advantage with Mac is that it is more complicated than it is on Windows.

The other reason why this Mac OS is better is that it enhances your productivity. After getting used to this operating system, and then you use the Windows computer, you will miss the keyboard shortcuts.

Windows also has shortcuts, but for Mac, there are more at your disposal and you can do them quickly. The quick options control over many functions of that operating system like the Finder or Dock, applications or the documents. That is why these shortcuts are essential for you.

An added advantage is that Mac OS offers a customization option for mouse and quick keyboard functions to be displayed on the desktop. Those are some of the essential features that will help increase your productivity with mac OS.

Mac is more intuitive and also easy to use. That is another reason that makes Mac better than Windows. After you buy your computer, for Mac, you can start using it right after removing out of the box. The only step you need is to set the iCloud account.

In contrast, for windows, you will require extensive configuration. It also comes with preinstalled software maker utility that will slow down the computer.

An added advantage is that the graphical environment and interface of Mac OS is intuitive after you’re used to this operating system.

The other reason to say that it is better is because of the attractive design. The materials used to make finishes are of high and better quality. The appearance isn’t everything but it is a feature you look when choosing a computer or laptop.

When comparing Windows and Mac, the features are superior and with an added advantage of the design. Both the MacBooks and desktops from Apple computers have a sophisticated appearance and material care.

It is not surprising that the attractive design of Apple products is the ones imitated by other companies. That is by trying to reproduce the clean packaging, matt metallic finishes, and different colors. Even the features of the trackpad and keyboard are also copied.

That translates to optimal combination in mind where OS is developed for the equipment and also equipment manufactured having the OS in mind.

You should also know that it is the same company that is responsible for the whole manufacturing process for both software and hardware. That calls for an unbeatable finish with maximum care even with small details. It is something you can note after buying the computer or MacBook.

In the end, we can say that Mac is an electronic product that has to justify its princely amount to it’s paying customer. According to a survey, for over a decade now, it is still offering customers satisfaction. That is not mean considering that these are among the most expensive items for a prospective buyer. The compelling argument on all this is because Apple delivers good products and only a few people that purchase these Macs that have redirects if there are any. That is why the Macs are said to be better than Windows.